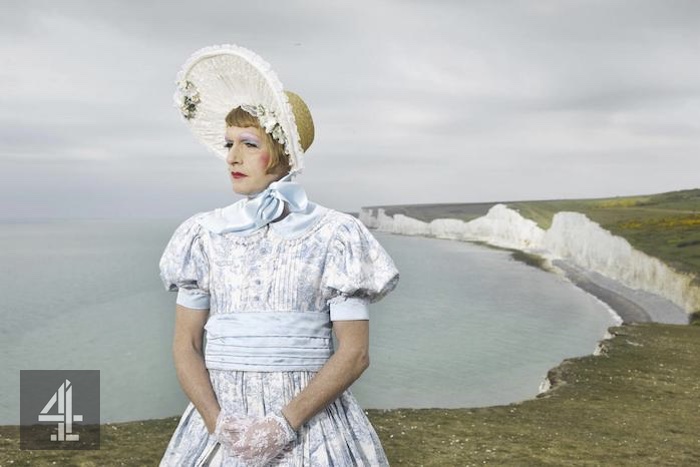 Grayson Perry Divided Britain follows Grayson as he harnesses the power of Twitter and Facebook to invite the public to contribute ideas, images, phrases and photographs with which he can cover the surface of two enormous pots: one for the Brexiteers and one for the Remainers. Grayson believes that these are the two great tribes of our time – their differences far more fundamental than disagreement over the EU – and wants to explore their competing visions of the nation.

★★★★★ THE TIMES | Andrew Billen
“Perry’s television programmes are great because they dare to reach conclusions that rise to artistic statements.”

★★★★ THE TELEGRAPH | Ben Lawrence
“Perry’s television programmes are great because they dare to reach conclusions that rise to artistic statements.”

I’ve long said democracy has terrible taste. Am I enough of a strongman to take back control and make pottery great again?”

Watch the film on All4 here