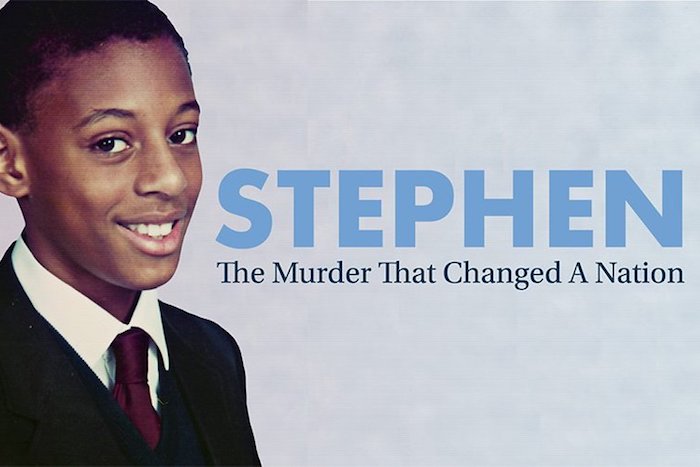 This landmark three-part documentary, from Academy Award-winning filmmakers Asif Kapadia and James Gay-Rees, and directed by James Rogan, plunges viewers into the story of Britain’s most notorious racially-motivated murder.

25 years ago, on 22nd April, black teenager Stephen Lawrence was murdered at a bus stop by a group of six white youths in an unprovoked attack. Failures in the police investigation meant the killers walked free. Stephen’s parents, Doreen and Neville Lawrence took up the fight for justice for their murdered son. This landmark three part series is the definitive account of a loving family, and a grieving mother, who simply would not take ‘no’ for an answer, and who took on the establishment and forced it to change.

The series charts 25 years of Doreen Lawrence’s struggle for justice through all its twists and turns; the police investigations, dramatic interventions from Nelson Mandela and the Daily Mail, revelations of institutional racism in the police and suspicions of corruption, bringing us right up to the present day in a case that remains active, with many questions still unanswered. It is told through the eyes of the people who have been directly involved, from the family (Doreen and Neville Lawrence) and Stephen’s friend who was with him on the night (Duwayne Brooks) to the police (former Police Commissioner Lord Paul Condon and Police Commissioner Cressida Dick) and politicians (Jack Straw and Theresa May). At the heart of the series is Stephen, the promising and much-loved 18-year-old, who was killed because of the colour of his skin. Never-before-seen footage and photos of Stephen, along with testimony from his family, friends and neighbours help to capture for the first time the devastating tragedy of that fateful night 22 April 1993.

★★★★★ THE EVENING STANDARD | David Sexton
“Tragic, visceral and shocking”
“Essential viewing this week — and it might yet become part of how this unending story develops further.”