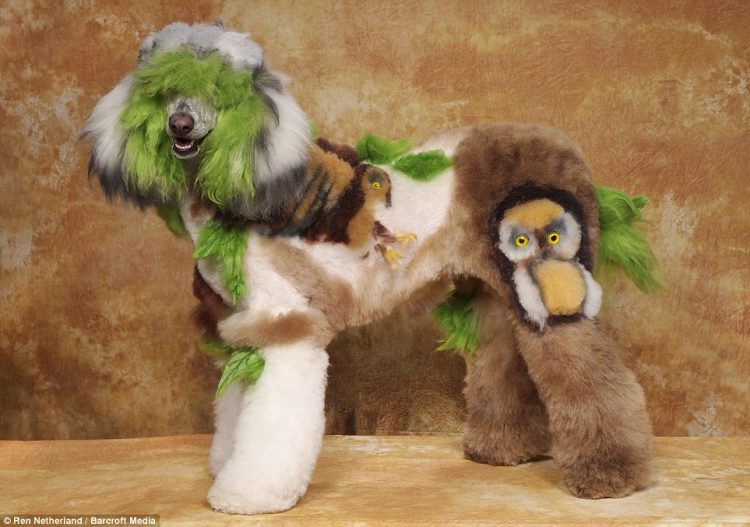 Across America, poodles are being crimped, pimped and dyed to compete in a multi-million-dollar activity. Extreme creative dog grooming is a fiercely competitive world where groomers vie to turn their dogs into ever more outlandish designs, with the owners as colourful as their canine creations.

Every year they come together at the world’s largest grooming event in Hershey, Pennsylvania: the Olympics of creative grooming.

The competition has always been dominated by big American groomers. But now, one British dog-lover, Su Eld-Weaver, travels with her poodle, Dobby, in an against-the-odds bid to beat the Americans.

For the first time in history, could a British dog triumph at Hershey? And could Dobby become the first non-American poodle ever to grace the cover of the industry’s prestigious Groomer to Groomer magazine?

“Think of the movie Best in Show and ramp it up ten notches.” The Guardian
“Hilariously funny…Simon Callow’s straight-faced narration makes it unmissable.” The Observer
“Prepare for your jaws to drop… It’s like the film Best in Show but actual real life.” Heat