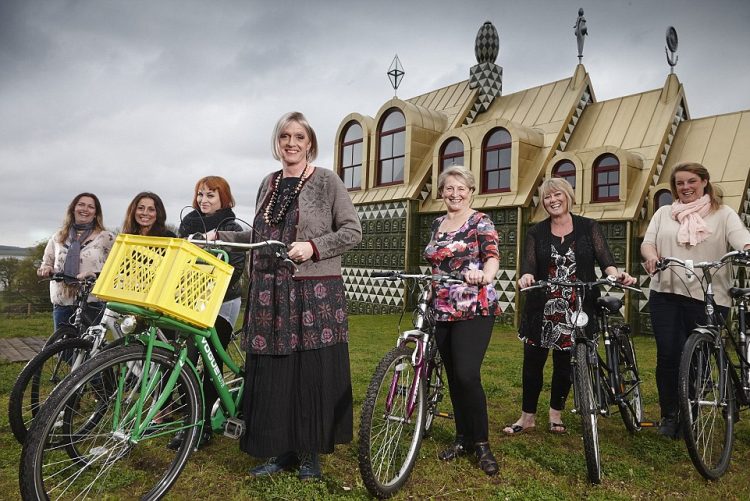 I’m delighted to announce that the whole Grayson Perry’s Dream House soundtrack will be available to stream from the 20th-27th May, in advance of it’s general release.

“It’s like Grand Designs on acid.” The Times
“Fascinating television. Be amazed.” The Observer
“Grayson Perry’s Dream House was a very lovely thing…completely charming.” The Independent

Grayson Perry’s Dream House charts the creation of Grayson’s riskiest and most personal public artwork of his career: a loving tribute and celebration of his homeland of Essex inspired by his life and the people he grew up amongst. This is his tribute to Essex Women in all their glory and a powerful challenge to the reductive myth of the ‘Essex Girl.’

It is also Grayson’s biggest project to date, a creative collaboration with Charles Holland of FAT Architecture, that also involves a team of engineers, builders and crafts people. It’s taken three years to build and has involved hundreds of man-hours.